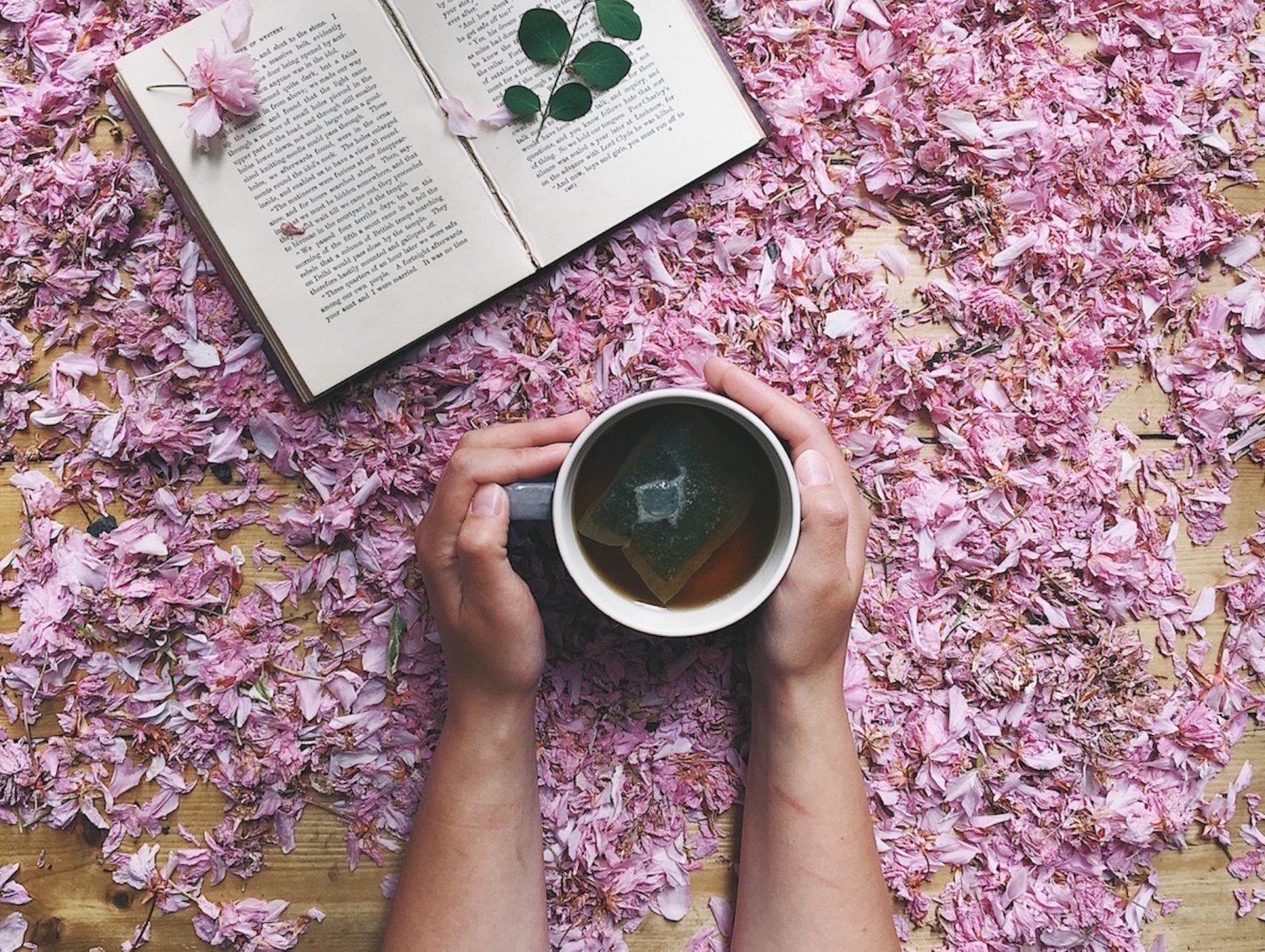 I love Instagram, but I would be lying if I said that recent changes hadn’t taken a shine off it a little bit.

At the end of last year, Instagram introduced an algorithm to change the way posts appear in our feeds. Essentially, the algorithm now displays photos according to how they rank against factors such as timing, engagement, and previous interactions; rather than chronologically. The purpose of which is to ensure you see more of what you like and less of what you don’t.

Though I’ve heard many people (including myself) say this is not how the algorithm to works for them, but that’s a whole other blog post.

Post algorithm, the reality for many users is that you need to work a lot harder to enjoy the same or lower rates of engagement and follower growth. Despite this, Instagram remains a hugely relevant and powerful social network for creators.

I’ll be honest and say that, at times, it can feel hard to keep the momentum going. Particularly when photographs no longer perform in the same way they did pre-algorithm. I now devote a lot more time to selecting the right photograph and choosing the right time of day to post. As well as searching for new and relevant hashtags, and engaging. The latter of which is the very best thing about Instagram. Despite the algorithm change and the frustrations that came with this, Instagram continues to provide an active and engaged community.

It’s the community that makes Instagram special and ultimately, I think it’s why we log on time and again (usually several times throughout the day). I’m continually inspired by Instagram, it’s a hugely creative and welcoming platform to engage with and for the most part, it’s my favourite part of blogging.

In the interests of celebrating all I love about Instagram and also to remind myself of why I love it, I thought I would put together two posts (too many for just one!) about my favourite Instagram photo props and the hashtags I like to use alongside them. 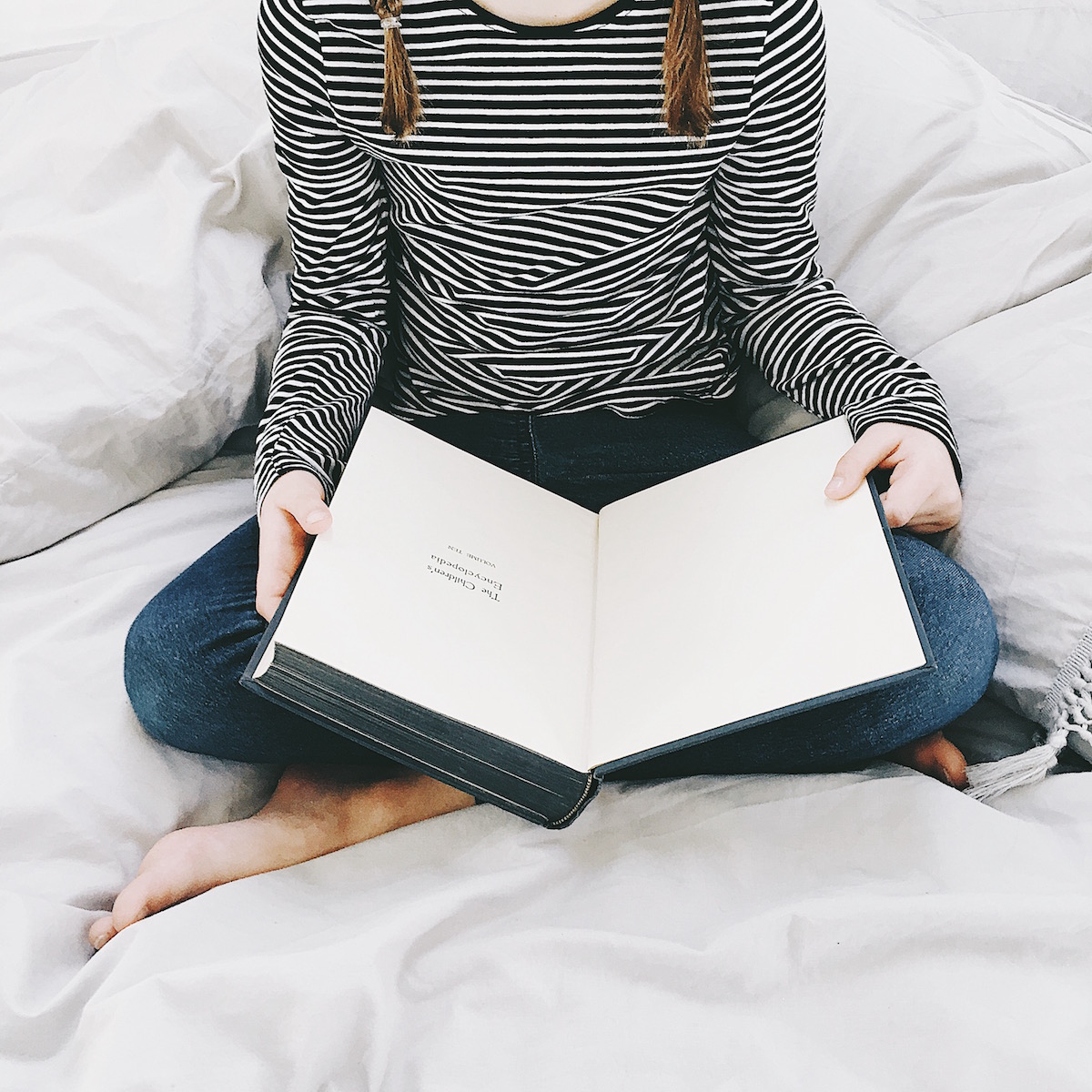 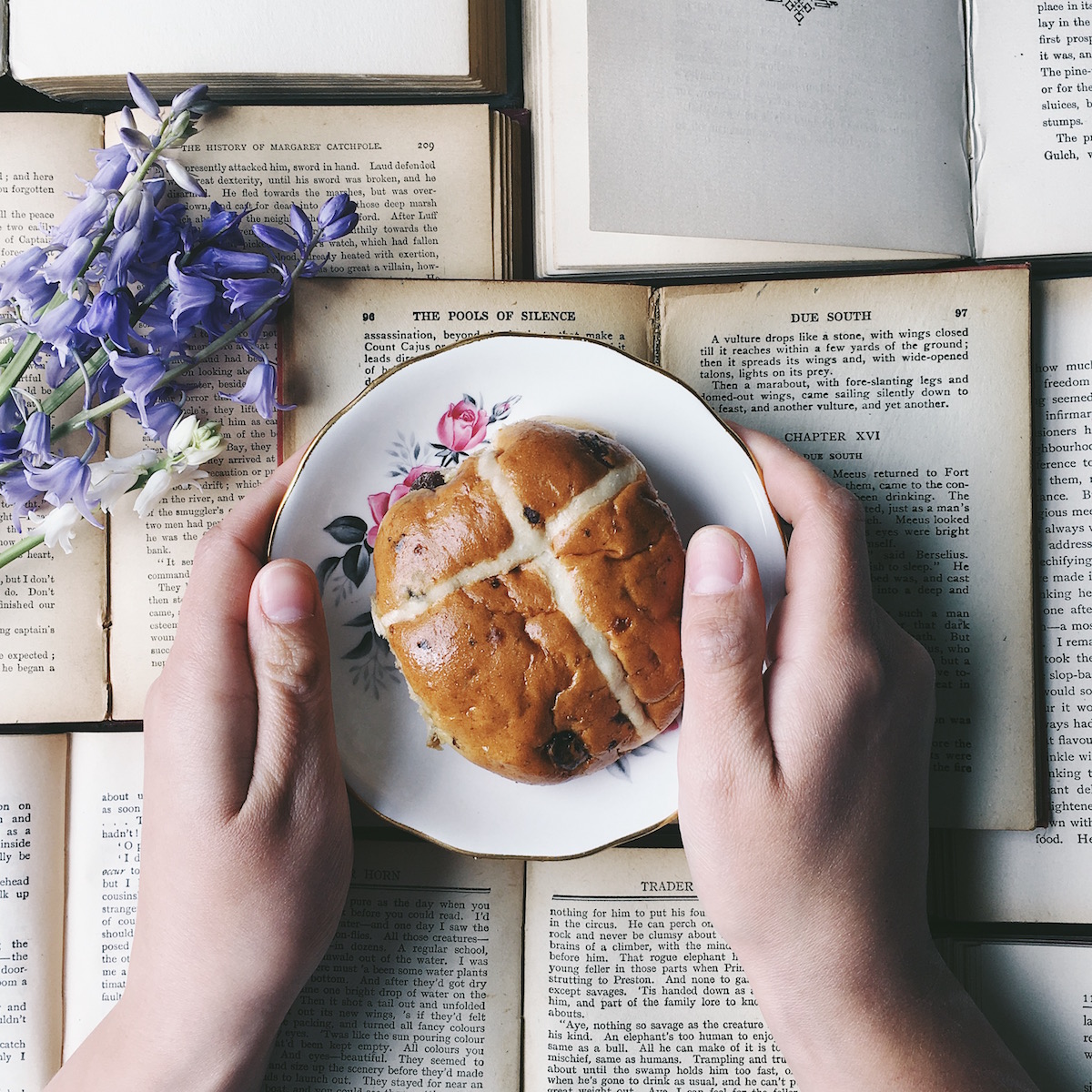 I love using books in my photographs. Without wanting to sound too puntastic (who am I kidding, I love a good pun), I think they help tell a story.

When taking photographs for Instagram, you could use books to add context to a photo. For example, an empty coffee cup next to an open book may tell the story of a lazy afternoon. Or you could also use them to add texture and depth to your photographs with their curled pages and darkened edges.

I’ll be honest and say I am a kindle girl at heart. I know books smell and look better, but carrying a kindle around is the same as having a whole library in your handbag. I can’t get over that convenience. Having said that, a photograph of a kindle is never going to be as pretty as a worn old book and I certainly wouldn’t leave a stack of kindles lying around my house for their aesthetic appeal.

Perhaps I have just spotted a space in the market for pretty kindles (makes mental note)? 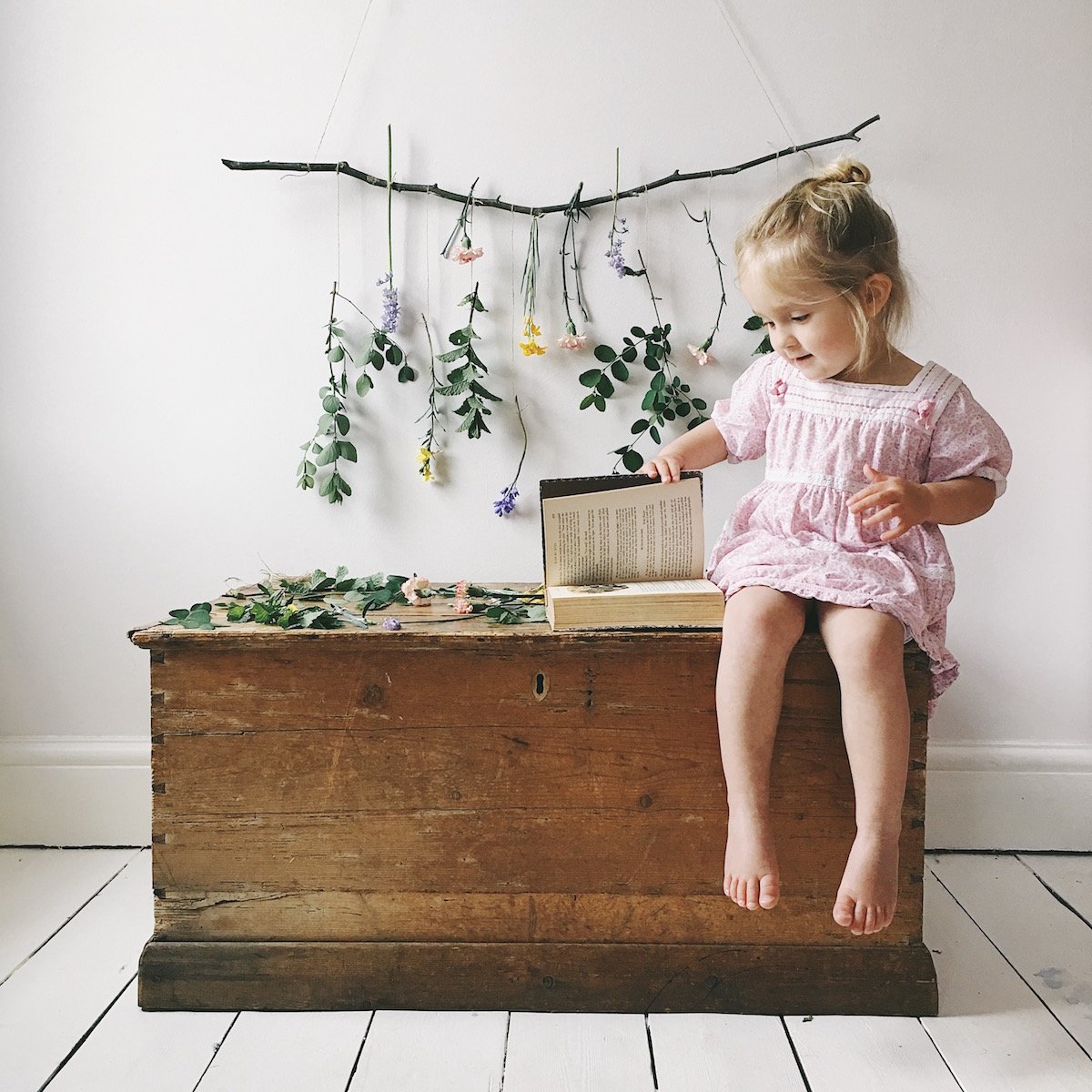 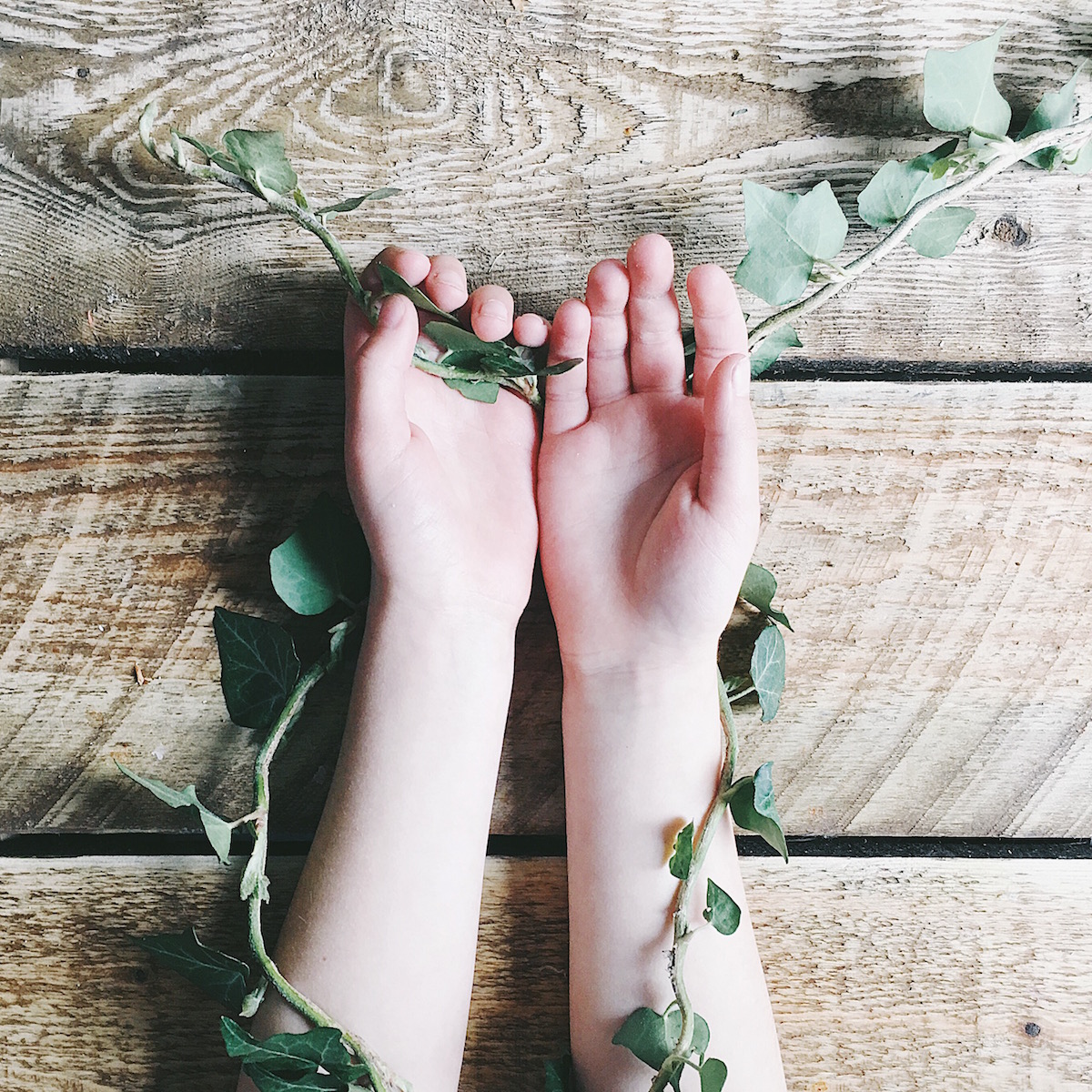 If you google tips for taking lovely Instagram photos, one of the pointers you’ll read time and again is ‘look for texture’. I think using old rustic furniture as props ticks this box nicely, especially as older pieces of furniture (like the chest above) add a bit of character, as well as texture. 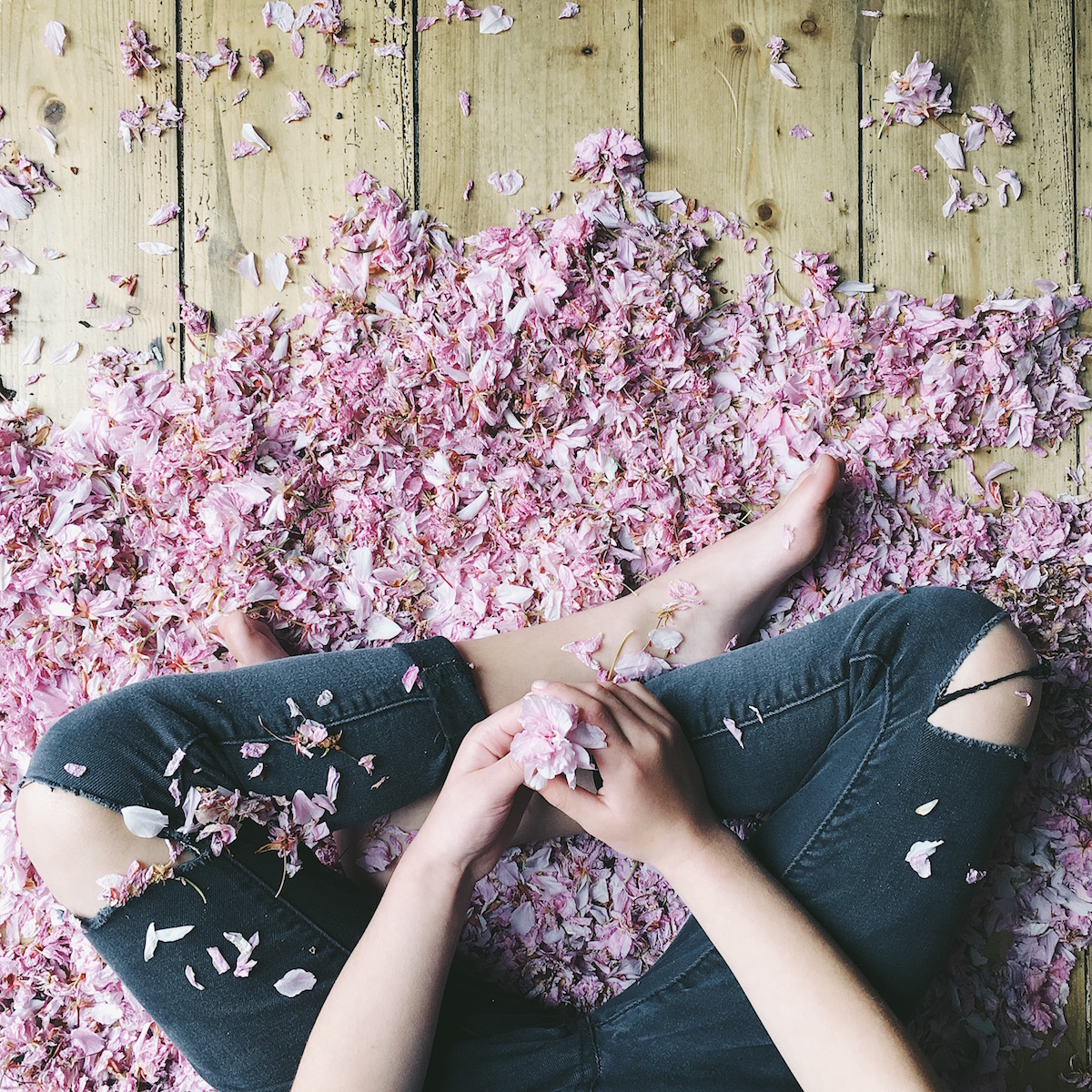 Photographs of flowers are almost always the best performing photographs in my feed. They are also a nice way of making a little nod to the season. For example, you can expect your Instagram feed to be awash with photographs of cherry blossom and wisteria throughout the beginning of spring. As we move into the end of spring, you can expect to see peonies aplenty.

I, for one, am not complaining. Who doesn’t like flowers? 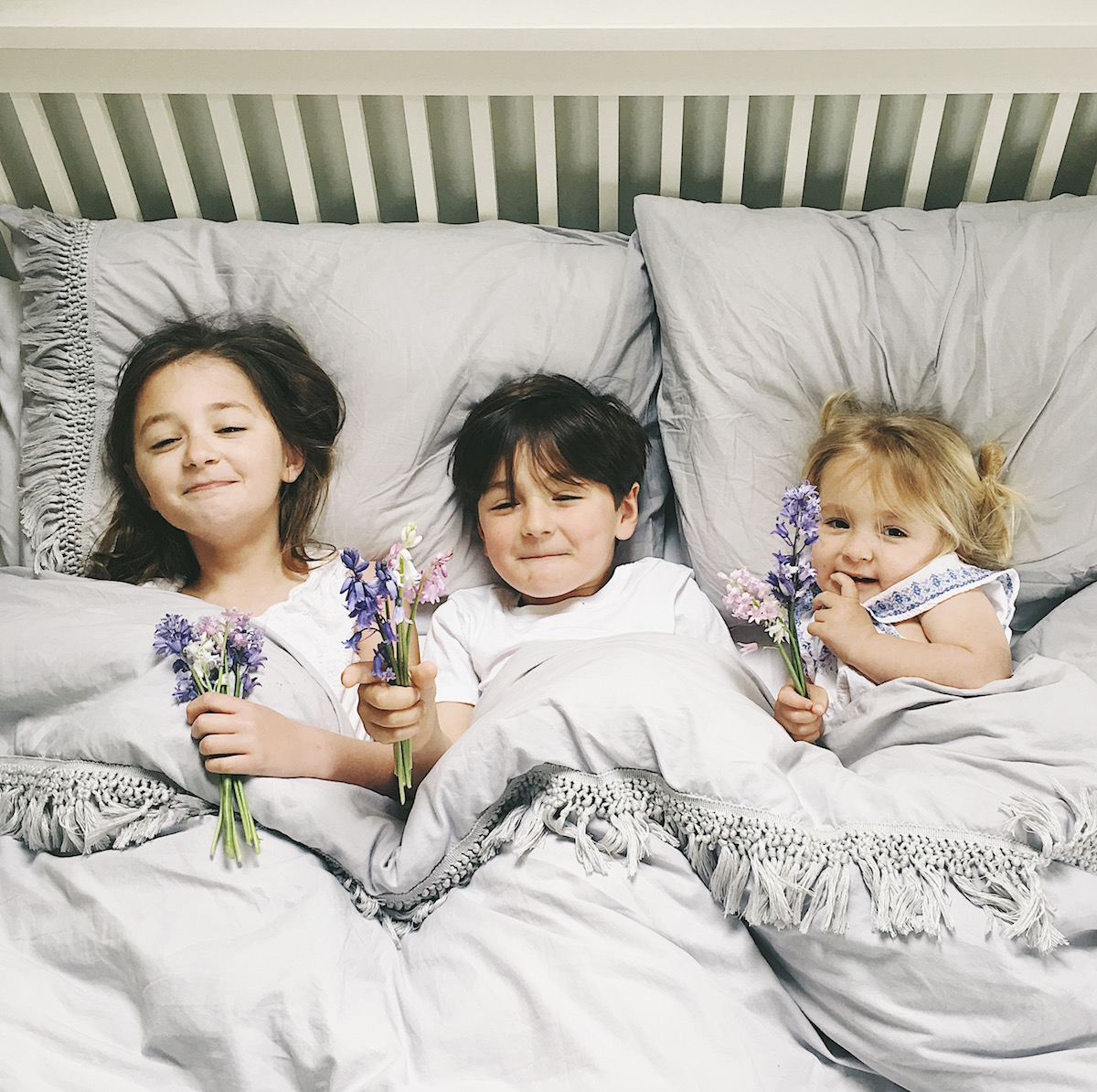 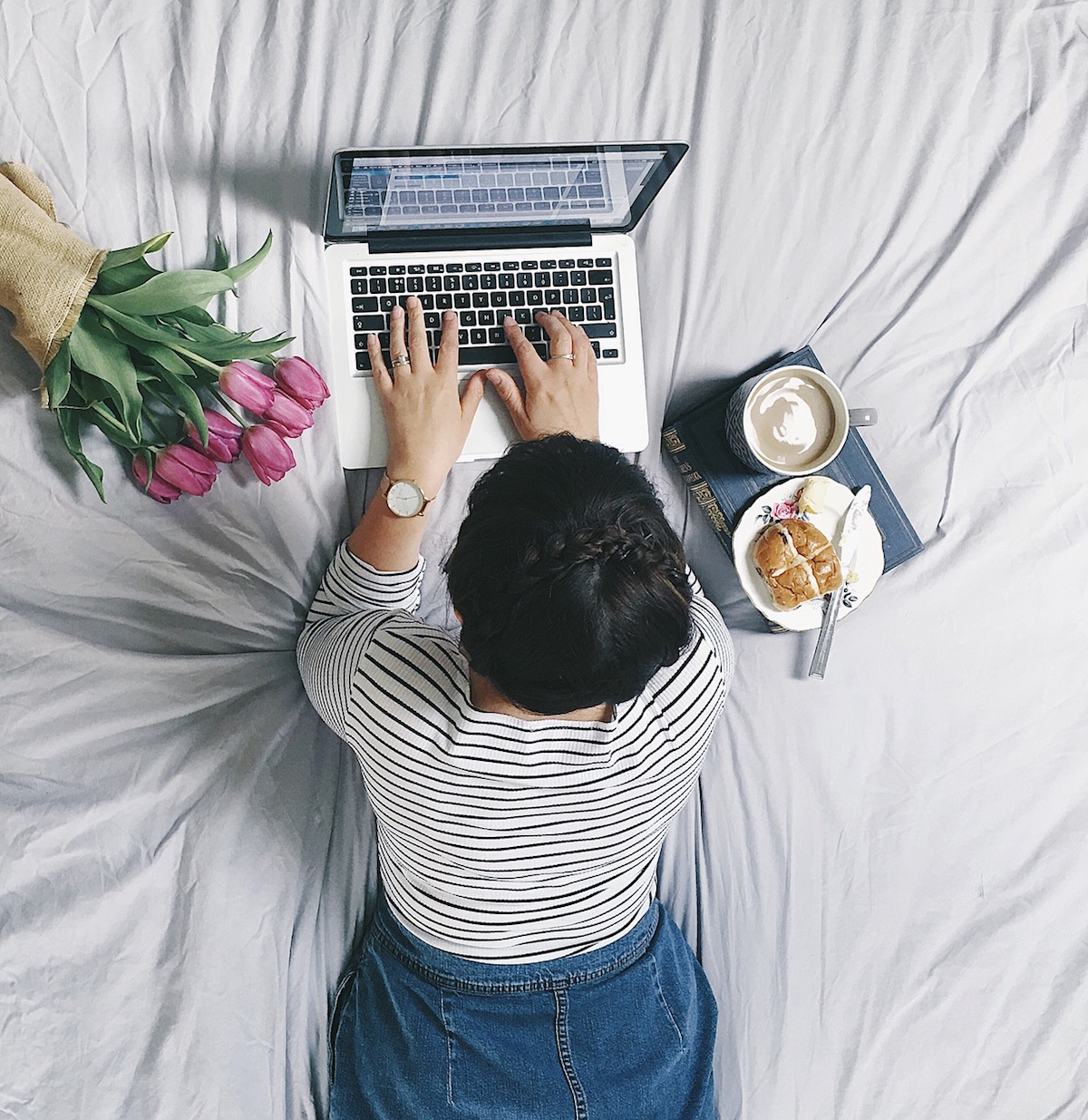 Photographs of my bed are a regular feature on my Instagram and I think I like them for two reasons. One, it’s a great story telling aid and two, duvets are great for adding a bit of texture. 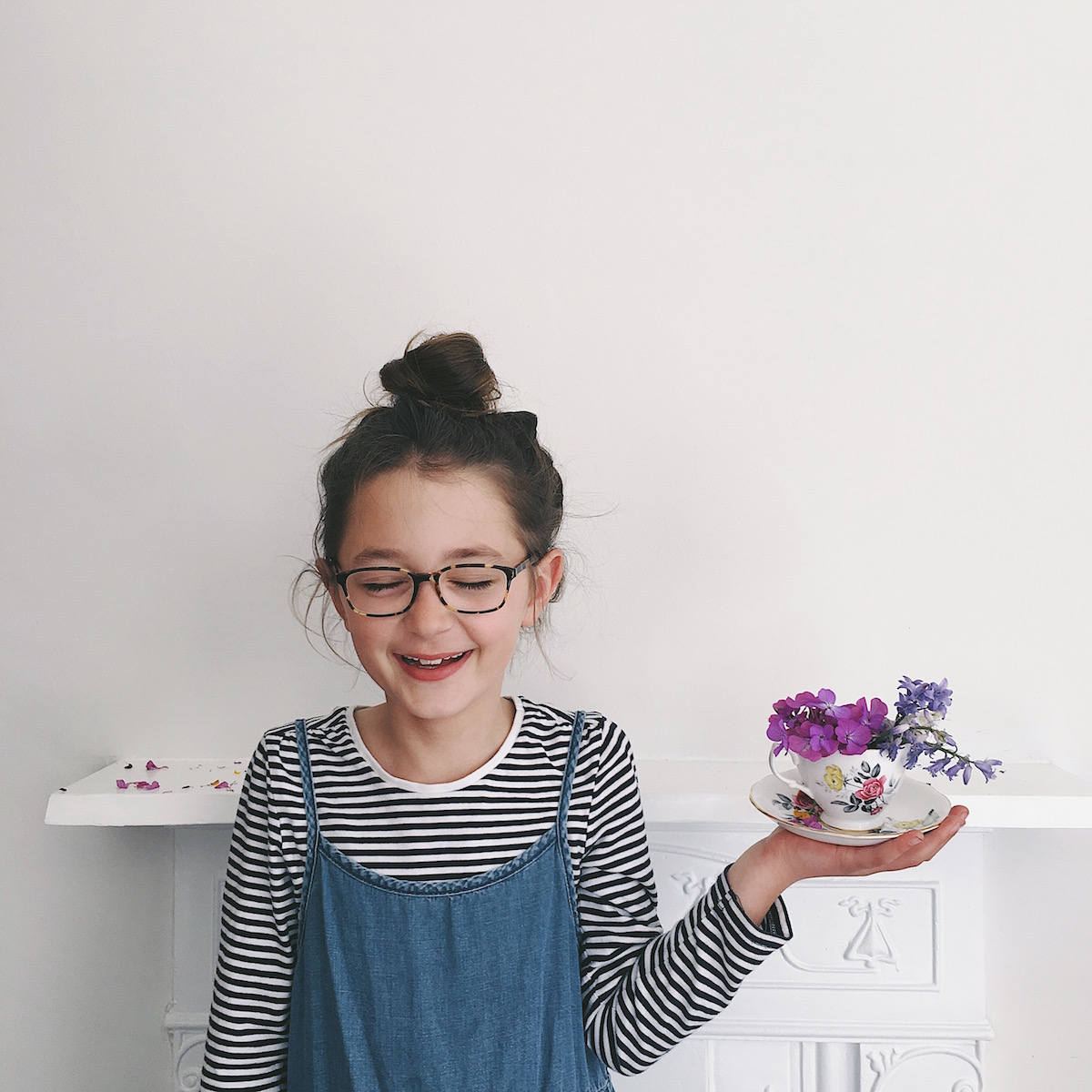 Although I wouldn’t want a vintage theme running throughout our entire home, I am partial to the odd piece of old furniture and item of vintage crockery. I think they are a nice way to add a touch of personality to a photograph, but you don’t necessarily need to use vintage crockery to achieve this.

There are some absolutely beautiful Instagram feeds, like @jonosmart, dedicated to modern and minimalist pottery. I think it’s more about finding the style that suits you and incorporating this into your photography. 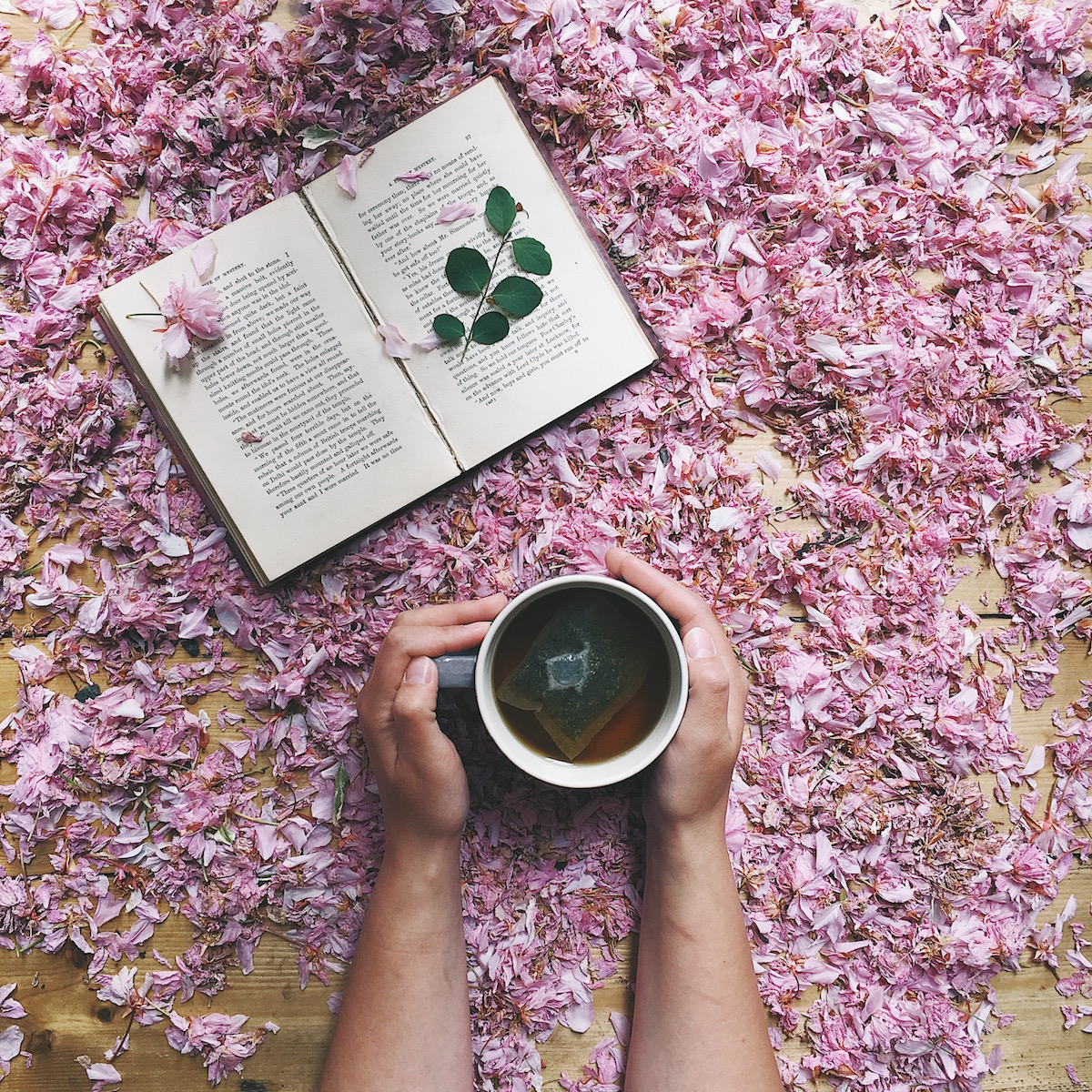 Along with flowers and photos of feet, photographs of hot drinks are especially popular on Instagram. I think it goes back to the point of telling a story through your photography and also because its something we can all relate to. After all, the people who don’t enjoy a hot cup of tea or coffee are probably few and far between. 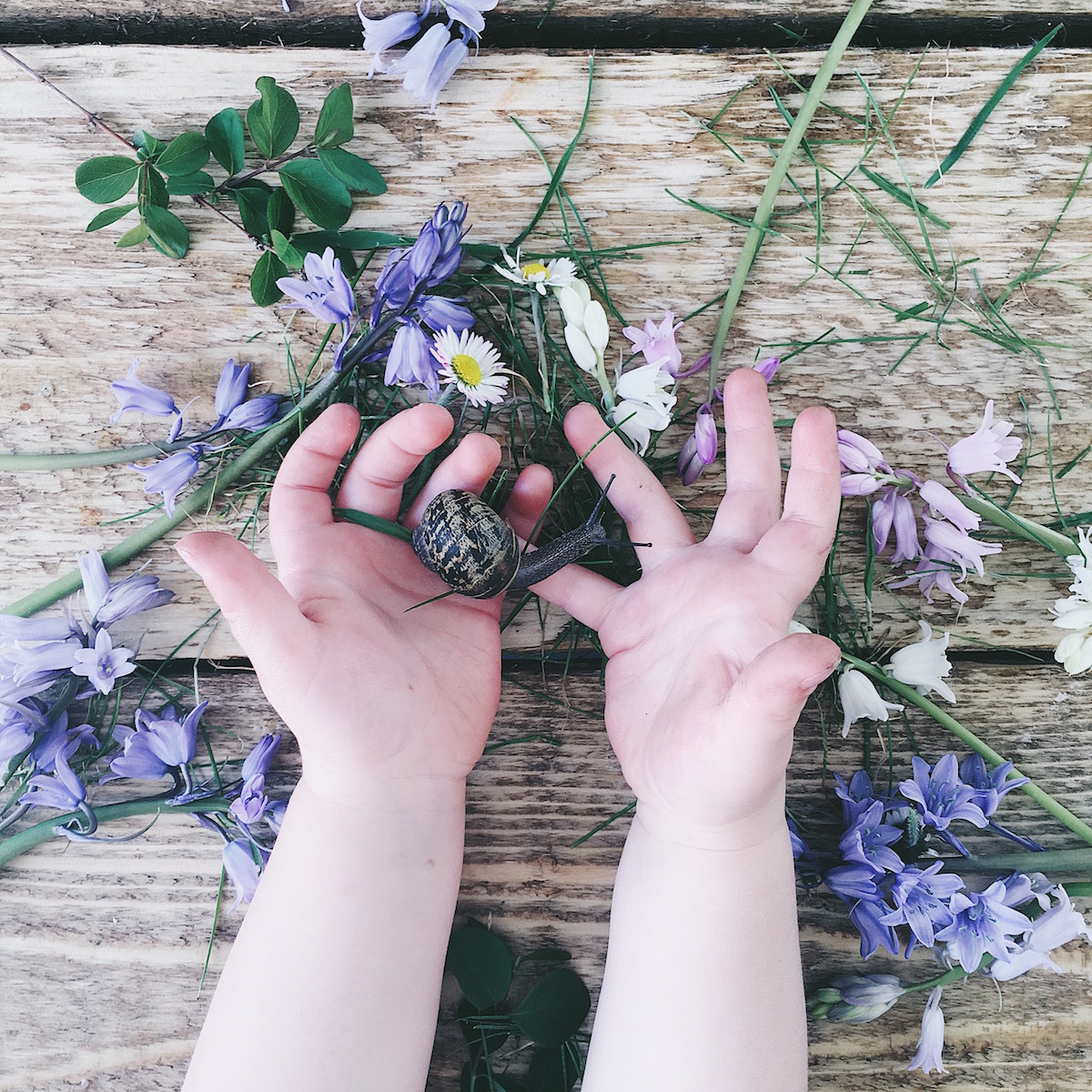 Who doesn’t love a cute photo of a bunny rabbit or cat?

When I’m flicking through my Instagram feed on a dismal Monday morning, I know a picture of a fluffy animal doing something adorable will always brighten my day. However, if you’re my son, a snail will win out over a bunny any day of the week. 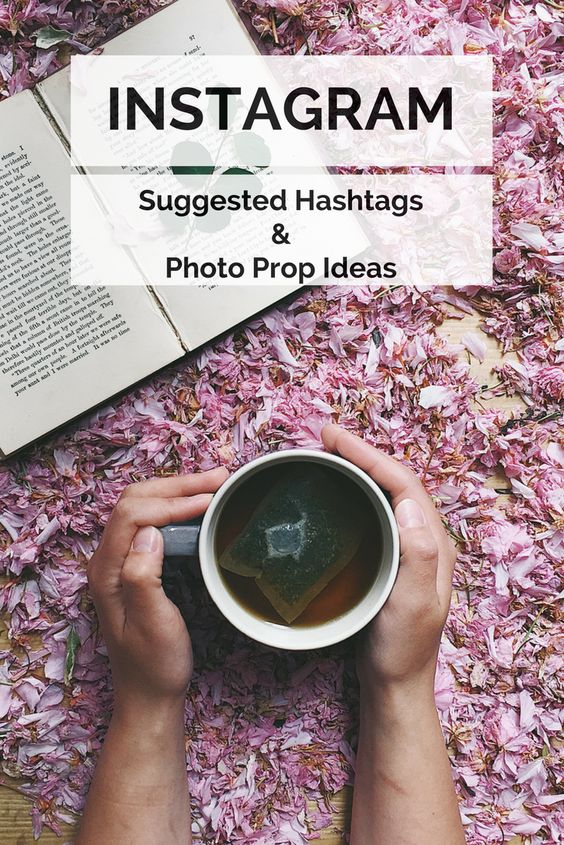